Every enthusiastic poker player should know poker slang words. Otherwise, they are at risk to miss interesting or important information at the table. Also, knowing poker slang makes players feel like insiders, so here are the 25 most popular slang terms to remember in 2022.

To play poker like a pro, you need to know useful poker terms and definitions but this isn’t it. Learning some poker slang words will help a lot if you want to visit casinos in Vegas, participate in tournaments, or just look like a true poker star in your friends’ eyes.

In this guide, we have collected the 25 most popular and somewhat exotic poker slang words and expressions. Let’s go!

This slang term is related to bluffing. It means that the player tries to trick his opponents without having any good hand and/or any possibility to improve his hand. In other words, it holds “air” in his hands.

American Airlines is used to describe pocket Aces because AA refers to two Aces. A hand like this is considered the strongest starting hand in most poker variations including the most popular one, Texas Hold’Em.

Big Slick describes the Ace-King combination of any suit in your hand. Sometimes, this combo is also called Korean Airlines or AK-47 as it refers to the first letters of each card name.

Busting means the moment the player loses all his chips. Alternatively, this term means a situation where the player wants to continue but doesn’t have chips. This is one of the most popular poker slang words which is widely used in tournaments.

When one poker player intentionally loses to another player aiming to transfer his chips from one stack to another, this means chip dumping. This goes against the rules but is frequently used in tournaments.

As online poker games don’t require deep knowledge of the poker rules, players are mostly “clicking buttons” at online casinos. It refers to players who don’t know how to play poker smartly. 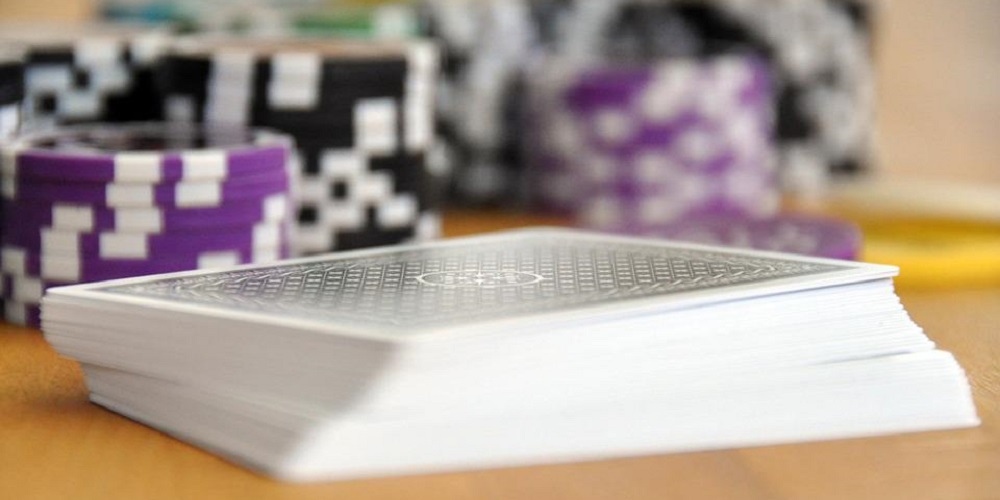 A cooler is a tense situation where two opponents have great hands but they don’t have a chance to take over one another. As a result, their money remains in the pot.

Weird poker slang words include crabs. Crabs are any 3s the player gets as hole cards. Their suits don’t matter and their name derives from the sideway crabs.

Dolly Parton also refers to a hand. It comes from Dolly Parton’s song “9 to 5” and describes the combination of 9 and 5.

Another term that refers to players who don’t know how to play poker well. Unlike clicking buttons, a donkey is more related to offline players.

Having two “ducks” means having two 2s. Due to their resemblance to ducks, cards with the value of two got this nickname.

The term “fist pump” is used to describe the winning or generally positive situation at the table. It happens quite frequently if you play with online poker bonuses.

Gappers mean hole cards that have a chance to turn into straights. In this case, the gap means the missing card, e.g. 8 would be missing in a sequence of 6, 7, 9, and 10.

One of the most popular poker slang words, “hit and run” means leaving the game tight after winning the money.

This expression means to draw in poker games, especially if a draw isn’t expected or satisfying for players.

The term “Jam” describes a situation where players put all their money in the middle of the pot.

Live One is a beginner player who isn’t very good at poker, so is an easy target for experienced players.

The slang word “muck” is used to describe folding in poker but only when someone’s opponent has a better hand, so that person doesn’t want to risk it.

Nosebleeds are usually games with very very high stakes. They are mostly played offline and may involve astronomical sums of money.

The term “nut” shows the best possible poker hand in this particular situation or period of time.

Rags, also known as napkins, are totally bad hole cards that are impossible to use to build a good hand.

Shark is an experienced player who has won many poker games and knows the rules perfectly. Sharks are often VIPs or high-rollers in poker clubs.

Shills are poker players who want to seem better than they are. So, learn poker rules to avoid this nickname!

This one means King of Hearts because its image shows his word going through his heart/head in most decks.