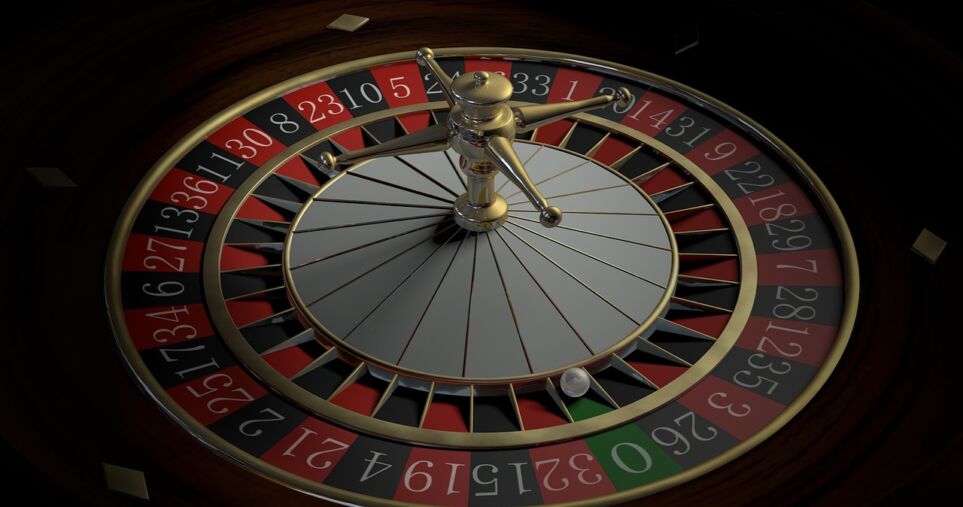 Did you ever think how to play roulette for real? Casinos are defined by the spinning wheel with black and red numbers written around the perimeter. Roulette is the most dominant table game due to its easy rules and big payouts in case of wins. The game requires minimal strategy yet a massive amount of luck. Roulette is particularly famous amongst newcomers who set their hearts to the game as soon as they indulge in it. While this casino game has one of the highest casino advantages, if you turn out to be lucky, this game could make your day.

With a first look upon the table, it may seem intimidating with several places to bet on. However, with online casino guides for beginners for the game of roulette, one can master it in no time.

An introduction to Roulette

Roulette is a French word meaning little wheel. There are more kinds of roulettes for instance, Russian roulette but that is a whole other thing. So, let’s dive into the most basic rules of the game.

The main aim of the player is to bet as close to or in some lucky case exactly on the number the little ball will land on. The only thing one can do is take a chance and place it on the next winning number. The up-side to this game is that a player can place several bets since there are a total of 38 numbers to choose from. Although that depends on which roulette table it is. An ‘American’ roulette table consists of double zeros which makes it 38 in total. On the other hand, a European table has a total of 37 numbers around the wheel with a single zero.

Before choosing a table it is important to keep in mind which table will help with earning more money. For such a preference, European roulette is recommended since it gives the casino a house edge of 2.7%. While choosing an American roulette the casinos advantage rates at a high of 5.26%.

In order to understand roulette payouts, it is essential to get to know the numerous ways a player can bet. There are two kinds of betting categories:

Each bet has different payouts which will pay out more or less in various cases. Let us take a look at the betting categories in detail.

Inside Bets – How to play roulette?

The inside bets are rightfully named so due to their placement on the table which are located in the center. On the layout, there are options to bet on a specific or a group of numbers. The chances of winning an inside bet are comparatively lower but in case of a correct bet, the payout is higher. The list of inside bets alongside their payouts is listed below:

Start with the straight ups

This covers the inside bets, now moving on to the outside bets.

Outside Bets – How to play roulette?

The outside bets provide a higher chance of winning. In some cases, the chances are as high as 50%. Let’s take a look at the outside betting options:

Colored chips and table betting values – How to play roulette?

A roulette table ordinarily has 6 places for customers to occupy. After choosing a seat, each player will buy chips in exchange for money or casino chips. Roulette chips differ from other table games chips since they come in a variety of colors, These different colors distinguish the bets of customers from each other. It is essential to remember that the roulette chips are not accepted in any other game. Hence, it is crucial to exchange them for regular chips before leaving the table.

Each table has a minimum chip value at which you can buy them. For instance, you can buy chips not less than 50 cents at a 50 cents minimum table. At some tables, the rate is higher. Betting limitations are also a part of some table rules. There can be a minimum bet limit on inside and outside bets and they can both vary from each other.

It is considered wise to start off from lower bets and proceed to higher ones in case the luck is on your side.

How to play Roulette?

Now that we are past the basics, we can discuss how a roulette game unfolds. After the players are at their respective stations with their chips, the betting begins. Each player can place several bets on both outside and inside depending on their preference. After some time a ball is dropped into the roulette wheel where it starts spinning. Occasionally, the betting still continues for a few moments more before the wave of the hand of the croupier, which signals to the end of the betting.

All eyes linger on the ball hoping it will land on the numbers they bet on. The ball lands and the croupier places a marker on top of the winning number. In the case of winners,  the profit is placed next to the bets and the losing bets are taken away. However, one of the atticates to playing this game involves not taking the original winning bets until the marker is removed from the table.

Each bet pays in regard to the ratio on which they were placed on. After the winnings are distributed another round begins.

The most hit roulette numbers – How to play roulette?

Best roulette numbers are the ones that lower the house edge giving the player an advantage. The basic strategy in roulette differs from player to player when it comes to choosing numbers. Some players choose smaller bets yet they play consistently with those very wagers to win at a long term roulette session. Although that might get a little frustrating for some people. Hence, some people suggest there might exist lucky numbers in a game of chance.

Statistically, this might prove to be the most common number on a roulette wheel which has previously been famous for benefitting players. 17 is regarded as roulette’s lucky number. It is placed in the center of the layout and some believe there is a strategy behind this. Well, there isn’t. It is just your luck.

Which numbers to avoid in roulette?

There isn’t any thumb rule when it comes to marking numbers that require avoidance. These numbers are just the most common numbers which almost never win- for most people. To start off, 13 is the first one on the list and of course, it should be since its 13. Period. The next one is 6, which is notorious for being the worst number apart from the green ones.

Of course, both the zeros are on the list as well. Along with these easily assumed numbers is number 34, which suffers the fate of having a bad name due to its corner position.

What happens if the ball lands on the green?

In American roulette, there are two green spots on the wheel exactly opposite from each other. The 0 and the 00. Which is different from the single zero in European roulette tables. In the event that the ball lands on the green slots, all bets by the players are lost with the exception of ones placed on 0 and 00.

The payout for this bet as discussed above is at 6 to 1 which are mediocre odds since the odds of this happening are minimal. Therefore, placing a bet on the green areas is considered as the worst bet in roulette.

When to leave a roulette table?

This casino game is highly addictive since the majority of participants believe they can win if they keep on trying. While it is true that one needs to keep on trying to achieve their goals, it certainly does not apply in a game of roulette. This game needs to be played with a conscious mind.

Typically a risk-averse person will suggest that the game should be abandoned after 3 consecutive losses but for those trying out the game, the limit should be stretched to 5 or even 6. Otherwise, you are just replenishing your bankroll.

The most asked question regarding roulette is whether the wheel is rigged or not. To answer it simply, it’s not. There are several complications a casino can face if rigging is discovered. Such news spread like wildfire and previously fond customers will find other places where they can play the game without the fear of rigging. Consequently, there are regular checks which ensure that the tables have secret mechanisms attached which might lead to a fixed game.

Each roulette wheel’s design further elaborates on the fact that the game is as fair as it can possibly be. The order of the numbers is special in the sense that, red or black, odd or even, low or high numbers alternate each other as much as possible. Therefore, it is safe to conclude that the casinos are not taking money from you by rigging the tables. They do it by giving really poor odds.

How to play roulette online?

Venturing into the online casino world players might find that the gameplay does not differ from real-life roulette. However, the speed of the game is much faster considering the bets and payouts are done in a speedy manner. Roulette games can get long due to several betting options, which is why online roulette adds to another comfort of playing from home.

The game follows all the similar rules with coordinated payout options as well. In some cases, betting times are up to the players due to the option of choosing when to spin the wheel. Online roulette is the perfect platform for testing homemade strategies where players can figure out if they can get an edge over the house.

The game is running on a random number generator which leaves no room for error and all decisions are made in clear sight. All one can do is sit back and enjoy the game. Well not entirely, since bets will not be placed by themselves.

We should also mention the possibility to play in live casinos. This is a real thrill as the roulette game works with a croupier, who is streaming through the online casino. If your question is answered on how to play roulette and you are heading to play live casino roulette, first check out the latest online live casino bonuses.

Be it a casino or an online table, roulette is without a doubt one of the most fun gambling games there is. The sheer excitement to pick out betting options will alone let players play for a long time. Gather all your luck and head out to the nearest casino with your newly learned skills from online casinos guide for beginners. This is everíthing you need to know about how to play roulette.

Learning How to Play the Most Lively Casino Game: Craps

Casinos is a lively playground for gamblers with shouts and groans echoing throughout the atmosphere. People are betting left and right,...