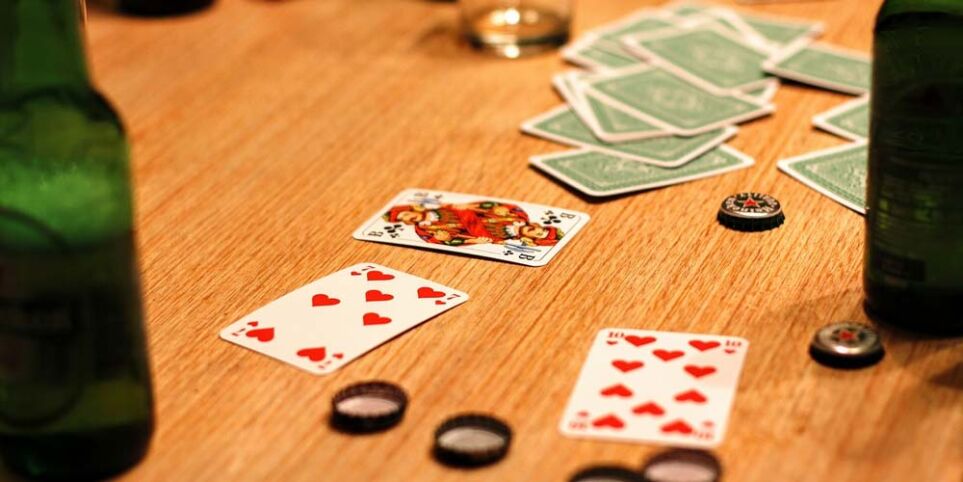 Christmas and New Year Day are just around the corner! If you haven’t decided about entertainment activities yet, check the best card games for holidays. Which games should you play in a family circle or on your own to relax?

Card games are extremely popular around the world. Poker, preference, baccarat, blackjack, solitaire, and many other card games are played either for fun or for profit everywhere. Some of them are good to play even during the Christmas holidays. To see which games would be a perfect choice for a party or for self-relaxation, check our top.

5 best card games for holidays: What to play this Christmas?

To make your winter holidays more enjoyable, we have chosen five cool card games to play. You can try them either online if you want to relax after Christmas preparations or offline in a circle of friends. Follow the latest online gambling news to find more entertaining games to play this winter!

Poker is the most iconic card game

Speaking about card games, the first one that comes to mind is poker. This classic game is probably the most popular card game ever. It emerged around the early 1800s in the United States. Since then, poker has become a very famous gambling game that is a perfect offline and online pastime.

Poker rules aren’t very simple but once you learn it, the game becomes an exciting pastime. To play poker, you need a 52-card deck and 2-8 players, so it can be tried either with your family or at online casinos. In short, each player is dealt five cards in the standard version of the game. Five cards aka “hands” rank from five of a kind (the highest) to no pair or nothing (the lowest). Read more about hands in poker at online casino guides for beginners.

Then, players make bets. Each player has to bet or to skip at his turn. The player with the highest hand wins the round. You can play poker at any gambling site that is available in your region.

Uno: play for fun or for profit!

Uno is one of the best card games for holidays. It is a fun game you can usually play offline. It is also one of the newest card games as it emerged in the 1970s. Unlike other card games, Uno is played with a non-standard pack of 112 cards. Cards are colored yellow, red, green, and blue, as well as numbered from 0 to 9. Also, there are special “action” cards that can change turn, make players skip their steps, or take additional cards.

The game starts with one player putting a card from his hand on the table. Then, players try to match cards one by one either by color, number, or use action cards. If the player has no matches, he must draw a card from the Draw pile. The first player who gets rid of his cards is the winner.

In general, Uno is an offline game, but you can find it at some gambling sites as well.

Besides poker, blackjack is a very popular casino game across the world. It is played with standard 52 cards and 2-7 players. It is also a widespread pick among the best card games for holidays as it is quite easy to play.

Before the game starts, each player receives two cards. If their value is equal to twenty-one or close (but not exceeds it) and beats the opponent’s value, you win. Face cards are worth 10 points, Aces are worth 1 or 11, whichever makes a better hand, while other cards’ value corresponds to their numbers. Learn how to claim online casino bonuses and play blackjack at casinos to win money for presents!

The Fool is a popular Russian game

The Fool is a very popular card game in Russia and other post-Soviet countries. It is an offline pastime that has been played in the country since the 18th century. Although The Fool is absent at online casinos, it is definitely worth playing in a family circle!

To play The Fool, you need a standard 52 (or 36) deck of cards and more than two players. Each player is drawn six cards face down; one of the remaining cards is shown and becomes a trump card. The remaining pack is placed face-down in the middle and forms a talon.

The game starts with the player having the smallest trump card. Then, he makes a move with any card from his hand and places it face-up on the table clockwise. The player on the attacker’s left has to beat this card either by a higher card of the same suit or with a trump card. If he succeeded, all the cards on the table go to the pile. If the defender has nothing, he takes the attacking card and the game continues clockwise. There is no winner in the game, but there is a loser – the fool – the last player with cards.

Lucky Card is one of the best card games for holidays to play online. It is an easy game from 1xBet you can play exclusively at the casino site. To win, you have to bet on a suit or color of the card that lies on the top of a face-down deck. Then, the dealer reveals the card – if you guess its color/suit, you win. Easy as ABC and also profitable!